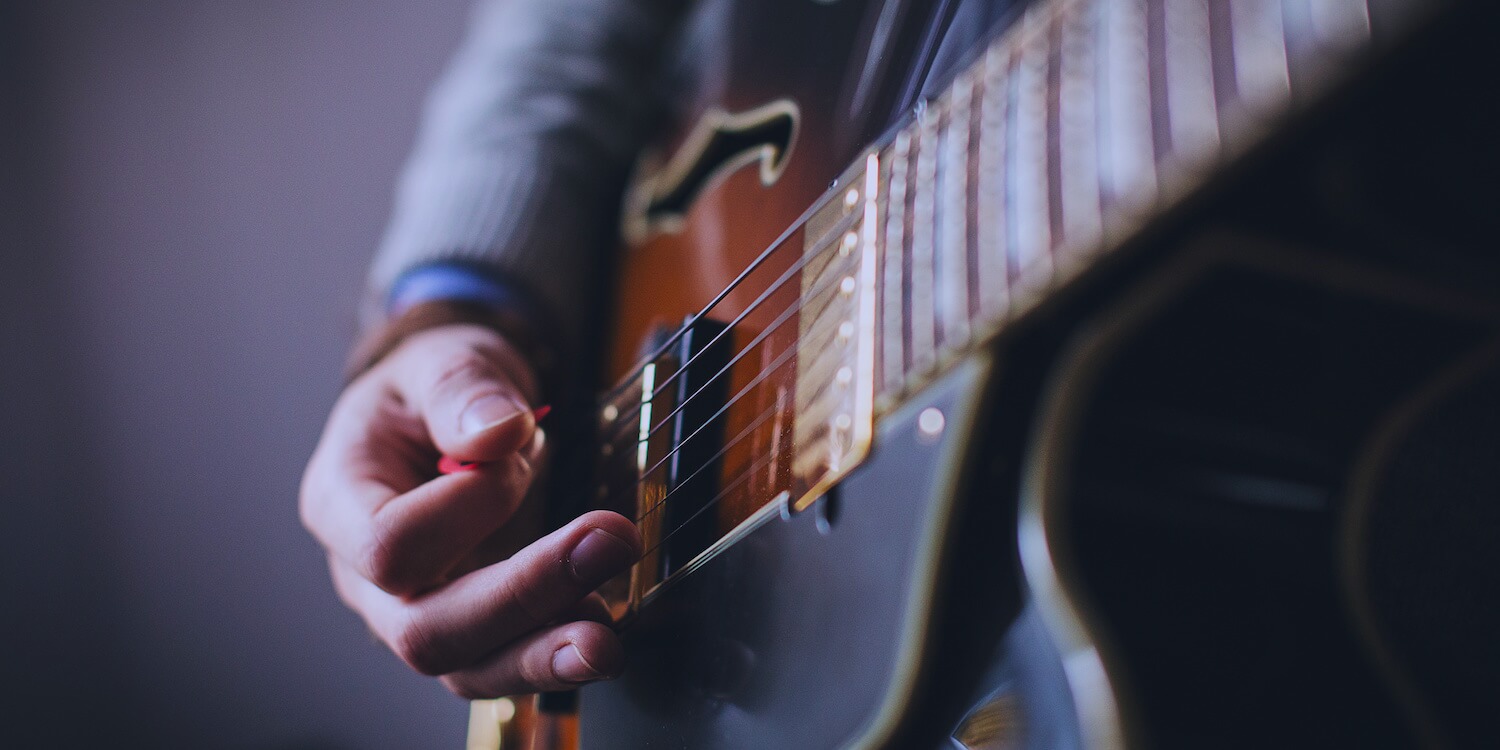 Since September 2015, I’ve written, recorded, and released a new song every single week. Here’s what I learned about how to be more creative in the process.

1. You can force creativity

There’s a school of thought — a widely believed myth — that suggests creativity is the result of random chance and inspiration. The idea is that you can’t will yourself to be more creative. It has to magically come to you.

That’s a convenient perspective. But it’s not true.

Divine inspiration didn’t find me every week this past year. In fact, I started many weeks creatively drained. But I’d still pick up my guitar and get to work. And by the end of the week, I’d have a new song.

There are three primary factors that have helped me “force” creativity: an audience, a deadline, and a routine.

One of my greatest motivators to create is the expectations of others.

When I launched Music for Makers, I drew a crowd. And that crowd relies on me to deliver new music on a regular basis.

That pressure can be uncomfortable sometimes. But it gives me a compelling reason to create.

From the beginning, I’ve promised to release one new song every week.

This deadline has helped me be more prolific by ensuring I actually get stuff done. Without a clear deadline, that creative project can always be postponed until “tomorrow.”

You can train yourself to be creative. And routine plays a remarkably helpful role in this.

Every week, I practice this routine in the same room and at the same time of day. And since adopting the practice, I’ve become much more efficient in my creative endeavors.

It turns out I’m not alone. James Clear revealed that many famous creatives owe their great work to consistent patterns and habits.

Stop waiting for inspiration to strike. “Force” creativity with an audience, deadline, and routine.

Key takeaway here? Begin the project. Even if you feel fantastically uncreative. Get started. Inspiration will follow.

“Quantity produces quality. If you only write a few thing, you’re doomed.”

Ray Bradbury, one of America’s most celebrated authors, wrote that. And when you substitute “create” for “write,” those two sentences touch on a core element of creative success.

Truthfully, it’s not the most revolutionary idea. It’s simple math.

Side note: When you create more often, some of the things you make won’t be great. That’s inevitable. But here’s what’s interesting: The work you think is bad? Some people will love it. I’ve created a few songs that I thought were duds. But people liked them. Bought them, even!

So how do you create more frequently? There are only so many hours in a day, right?

I’ve found that setting limits and taking a minimalistic approach to creating helps me get a lot done in a short amount of time. You know, like make 70 songs in 365 days. 😉

For the best chance of hitting a creative home run, bat often.

Creating as many things as you can has another benefit: It makes you less of a perfectionist.

Too many projects never see the light of day because their creators endlessly tweak — trying to make things perfect before launching.

No project will ever be perfect. And when you create more projects, you’ll likely feel less pressure to make things perfect. (Which means it will be easier to create more stuff, and the cycle repeats.)

3. To create is to remix

Albert Einstein attributed many of his innovative ideas to a creative thinking process called combinatory play. The process (basically) goes like this:

You might call this rehashing or remixing. I doubt most people would instinctively call it creating.

To many, creation means making something from nothing. Heck, even Merriam-Webster defines it as “the act of making or producing something that did not exist before.”

Creativity doesn’t happen in a vacuum.

Throughout history “new” creations — from Gutenberg’s printing press to the iPhone — have been combinations or iterations of existing ideas.

So it’s really no surprise, then, that one of his cornerstone products was initially just a combination of an mp3 player and a cellphone. (Now it’s so much more, of course — even a video production studio!)

When I first started Music for Makers, ideas for songs came pretty easily. I had various drafts and riffs I’d been sitting on for years, so I began with those.

But eventually, I had to start creating material from scratch.

So I sought out inspiration. I listened to movie and game soundtracks. I revisited music I’d written in high school and college. And I borrowed a melody here or a rhythm there.

Together, all the pieces formed something new.

To create is to remix. Don’t be afraid to borrow and combine ideas.

When collecting ideas to remix, it helps to surround yourself with good ideas.

It’s the old adage, “what goes in comes out” — absorb high quality work, and you’ll likely produce more of the same.

Go forth, and be more creative

I set out to share three insights, but here’s a third: creative work is hard work.

I once believed — like many people do — that life would be a breeze if I could only figure out how to get paid to “follow my passion.”

Look, I’ve been making music in some capacity for most of my life. And I love it.

I’m invigorated when I happen upon a catchy melody. I’m awestruck every single time the pieces fall together in the studio. I’m humbled when people enjoy listening to the final product. And of course, I’m thrilled when I get paid for it.

But many weeks I consider, “What would happen if I just don’t create a new song this week?”

But the upshot is that it’s a good kind of work. It’s not “head buried in a spreadsheet” work. It’s challenging, interesting, satisfying work.

So I want to thank you. Without creative folks listening and using my music, I’d have little reason to keep making it.