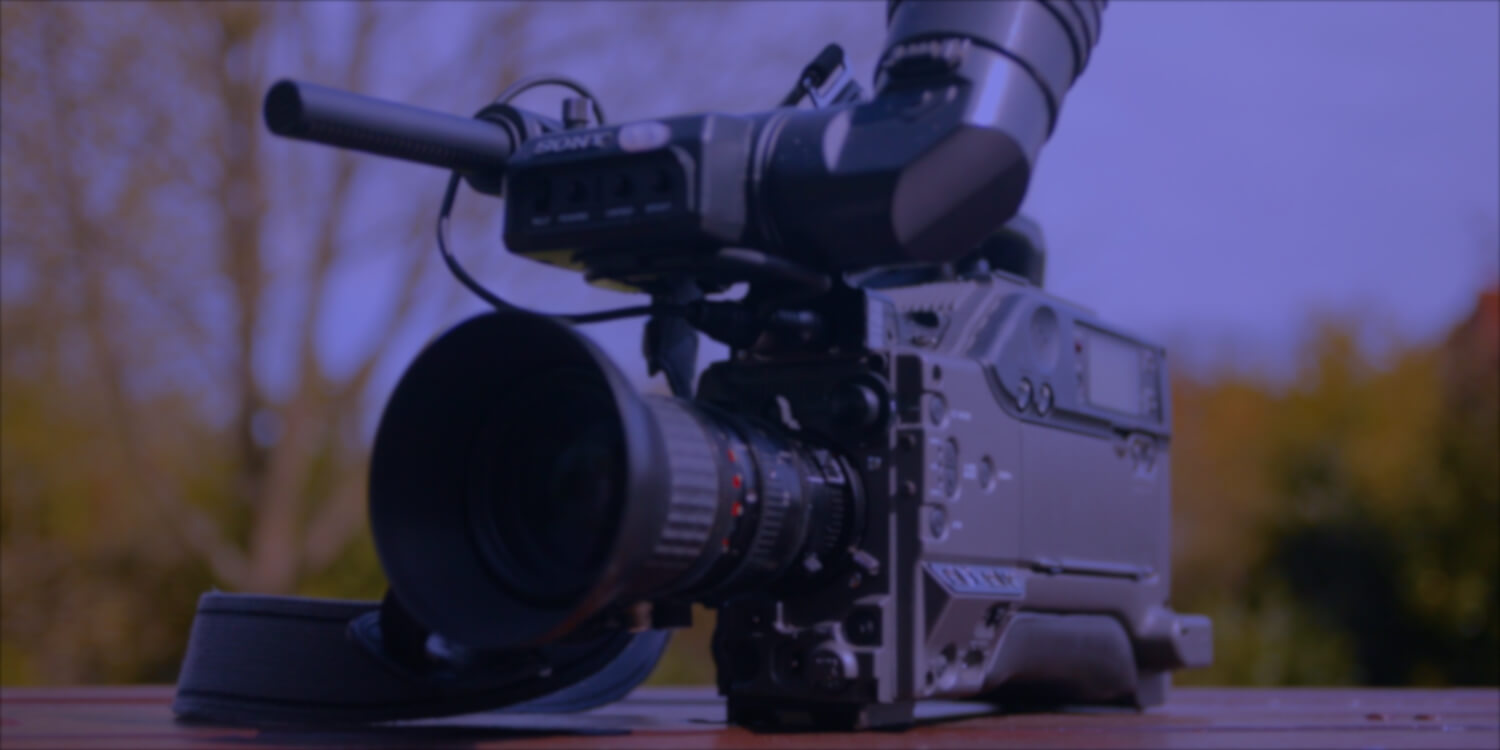 “People who register a change in brand preference after seeing a commercial subsequently buy the product three times more than people who don’t.”

David Ogilvy — the man heralded as the father of advertising — wrote that in Ogilvy on Advertising.

(If you’re not familiar, Ogilvy was essentially the real-life Don Draper of Mad Men. In fact, some people believe him to be the inspiration for Jon Hamm’s character.)

When he penned that statistic in 1983, Ogilvy was referring to television commercials. And essentially, he was saying this: To sell more of a product, a brand must make its commercials so compelling that they convince viewers to prefer it to competing brands.

In his book, Ogilvy reveals the characteristics of commercials that tend to do just that.

Reading his advice made me wonder: How many of Ogilvy’s tips — set to paper more than 30 years ago — still apply now?

Quite a lot, I believe.

In this post, I’m going to pair Ogilvy’s suggestions with several of today’s best commercials. And I think you’ll find that the brands using these classic strategies also happen to be among the most successful.

Probably not a coincidence.

Making a commercial — or an ad of any kind, for that matter — humorous is easier said that done.

When I think of funny commercials, Dollar Shave Club immediately comes to mind. You’ve probably seen the following clip — it’s been inspiring advertising folks since 2012. But it’s an excellent example of strong brand personality and, of course, humor.

Few people are truly funny. It’s a gift, and we don’t all have it. (Otherwise, comedians wouldn’t be able to make a living.) So tread lightly, because the wrong joke may actually offend viewers.

2. Showcase real-life applications of the product

GoPro is fortunate in that real-life applications of its products tend to be quite epic. This ad for the HERO3 — shot 100% using the product it’s advertising — is a beautiful example.

Interestingly, Ogilvy warns against featuring testimonials from celebrities. People remember the celebrities, he writes, but not the products they endorse. Plus, viewers often (correctly) think the celebrity has been paid to gush about the product. This weakens the power of the testimonial.

In the following commercial, see how a customer testimonial can make a compelling ad for something as dull as a printer.

The most believable customer testimonials are candid (i.e., the subject isn’t aware she’s being filmed). And here’s a bit of unconventional advice from Ogilvy: Criticize your product. This will encourage satisfied customers to advocate on its behalf — making for a much more convincing testimonial.

Brand characters can help increase the memorability and continuity of a commercial. And the more bizarre the character, the better.

Not all characters are equally compelling. Cartoons, Ogilvy notes, may be good for selling to kids but don’t influence adults. (Take note, GEICO.)

5. Demonstrate the product in a creative way

What oddball use cases would emphasize your product’s value? Creative product demonstrations can surprise, entertain, and impress viewers.

Ogilvy gives the example of a commercial for super glue. In the ad, two people hold a man upside down and glue his shoes to the ceiling. They then walk away, leaving the man hanging by his shoes — a testament to the extreme strength of the super glue.

My favorite modern use of this idea is Blendtec.

The process is simple:

Snickers has built an entire ad campaign with this formula. The problem is hunger. And the solution, of course, is to grab a Snickers bar.

Though they aren’t necessarily the most dazzling, talking head-style commercials are easy on budgets — and they’re quite compelling, too. If the term is new to you, a talking head is exactly what it sounds like: someone talking in front of a camera.

Pretty basic, right? But don’t be afraid to be a little creative in your approach, as Starbucks is in this next ad.

Interesting note: Showing someone talking is more persuasive than using a voiceover, according to Ogilvy. Voice-on-camera sells more. Period.

8. Provide a reason to buy

Why should people buy your product rather than your competitor’s? Make sure you answer this question in your commercials.

Highlight a differentiator, but think twice before calling out the competition directly, Ogilvy cautions. Naming a competitor can actually confuse viewers, causing them to misattribute the ad to the other brand. (Oops.)

Regularly in its ads, Chipotle Mexican Grill gives viewers a reason to buy: unprocessed ingredients — something of a rarity among fast food chains.

Take care with product features. You don’t want to flood your commercials with them and forget to focus on customer benefits.

From breaking headlines to small town gossip, we’re inherently drawn to news. So when you have timely information — whether it’s about a product launch, recently added feature, or something else — be sure to share the news.

You can even frame your ad as a faux news story, as Doritos did.

If you don’t have literal news to share, you can still harness the power of noteworthy announcements by demonstrating a new way to use your product.

10. Use an emotional hook

Emotions drive our decisions (which we rationalize with logic later). So it’s really no surprise that emotional commercials are more likely to change a viewer’s brand preference.

To see emotion-driven commercials in action, just look at Dove. It seems like the brand’s whole marketing strategy for the last several years has been “tug at the heart strings.”

When it comes to establishing emotion in your commercials, music can be a highly effective tool. Learn how to pick the right music for your video here.

Though it seems obvious that an ad should feature the brand’s name, many advertisers barely mention it, likely for fear of appearing overly promotional. The reality, however, is that viewers need a little reminding.

Identify your brand early and reinforce it often — otherwise you risk viewers remembering your commercial but not you (and your competition may pick up the business).

In the brief video below, State Farm cleverly manages to squeeze itself into the dialog four times.

12. Focus on the product

Like a brand name, you’d think virtually every commercial would feature the product that it’s advertising, right? But surprisingly, many brands don’t feature product.

Take Red Bull, for example, a brand praised for its content marketing efforts. So many of its videos — like this one — lack any mention of product. (Admittedly, that video probably wasn’t used as a commercial, but you get the idea.)

On the other end of the spectrum is Apple, a company known for skillfully showcasing its products.

13. Open with a gripping scene

Beginning your commercial with a boom may be more critical now that it was back in Ogilvy’s day. After all, most social networks auto-play videos with sound off, and the internet is a wonderfully distracting place.

Think of your video’s opening scene the way you might of an article’s headline. If it doesn’t steal the audience’s attention, the content that follows won’t be seen, no matter how amazing it may be.

This commercial from Nike is a good example of a video that starts with action. (That thumbnail alone begs to be clicked!)

The right sound effects (e.g., sizzling bacon) can elicit a physiological response in viewers. This not only helps the viewer imagine using the product, but also amplifies desire for the product.

Don’t believe me? Just think of every Coca Cola commercial you’ve ever watched. They all have that signature bottle-opening scene accompanied by a refreshing clink-fizz sound.

While sound effects can be useful, Ogilvy recommends avoiding jingles. Mostly because they’re just kind of awkward. If a customer walked into your store and asked about your product, you wouldn’t sing a response, right? (Unless, that is, you’re Rudy Mancuso.)

Overlaying text on your videos can help you emphasize key points. This technique works best when the words match those that are being spoken at the same time.

Superimposing text is a smart strategy for social media videos, in particular, since they’re often viewed without sound.

Don’t confuse superimposed text with captions. You can superimpose words artfully, as McDonald’s does.

Your commercial needs to look good and show viewers something interesting to capture attention. I like the way Ogilvy puts it: “Avoid visual banality.”

And this is probably easier now that ever before, thanks to 360˚ video. Take a look at the magical world Oreo Cookie created.

As a recap, to increase your chances of winning customers from your competitors, Ogilvy’s sage advice — translated to modern times — is to:

One thing I think this list is missing? Puppies. Everyone loves puppies.