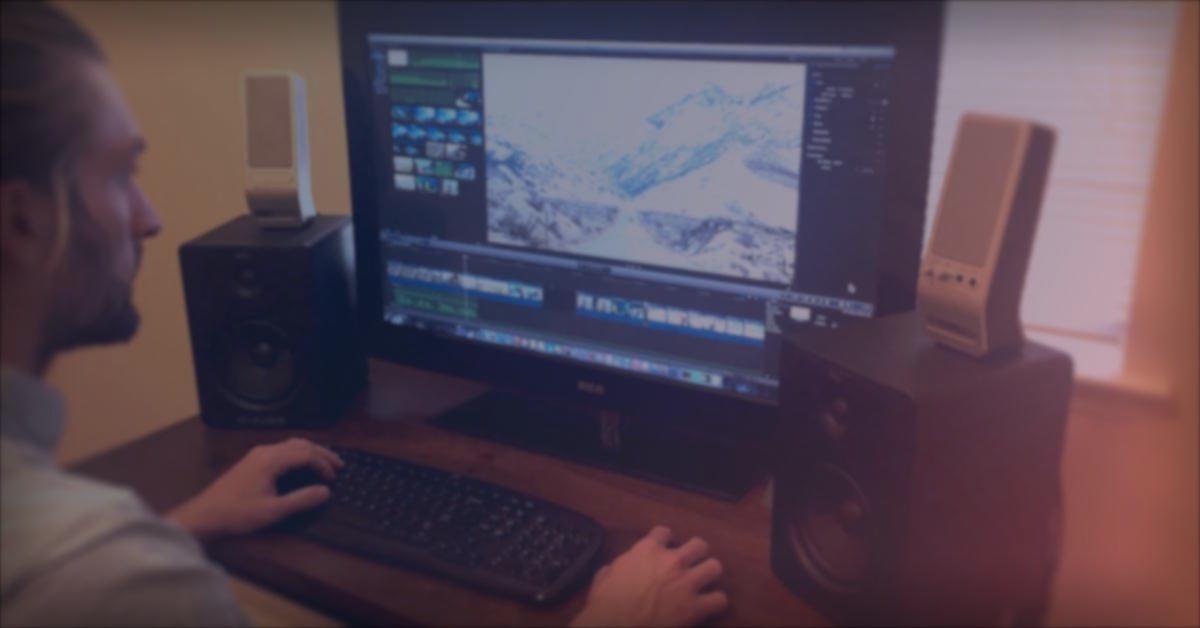 Video production doesn’t have to cost a fortune. This post compares the best free video editing software for Mac and Windows to help you create professional, polished videos for without spending a dime.

Now, odds are, you’ve already got a basic video editor — either iMovie on Mac or Movie Maker on Windows. And depending on your needs, these programs may be fine.

But if you’re eager to take things up a notch (perhaps with animations or special effects) and don’t have the budget for something like Final Cut Pro or Premiere Pro, give the following editors a shot.

…They’re free. I mentioned that, right?

And an impressive one, at that — the free version of DaVinci Resolve boasts tons of features. (And I mean tons.)

But don’t let that list scare you off. Thanks to a series of helpful “getting started” tutorials and a clean, intuitive interface, DaVinci Resolve will have you on your way to creating professional videos in no time.

Want to add sci-fi effects — such as the futuristic heads-up display from Iron Man or the iconic lightsabers and Force lightning from Star Wars — to your videos?

With HitFilm 4 Express, you can.

As both an editor and compositor, HitFilm 4 Express is like having Adobe’s Premiere Pro and After Effects in a single package. That means you can really dress up your videos with special effects and animations (2D and 3D!) if you like.

Or you can just use the editor, if that’s more your style.

The software is easy-to-use and remarkably robust for a free tool. And if you ever need a little guidance, the HitFilm team creates tutorials and other learning resources on a regular basis.

HitFilm 4 Express might just be my favorite among the three options I’ve listed here. And I’m not alone. Thousands of YouTubers — including stars such as RocketJump and Film Riot — have used the software to create wildly popular videos.

In addition to Mac and Windows, Lightworks Free runs on Linux and offers just about everything you would expect from good video production software — including a timeline editor, audio manipulation, color correction, and much more.

But there are a couple of drawbacks.

First, you have to deal with a seven-day renewable license. It’s free, but it’s a little annoying to receive reactivation prompts that often. #firstworldproblems

Second, and more importantly (and maybe even a deal-breaker for some), Lightworks Free exports only to Vimeo at 1080p and YouTube at 720p. To export to regular ol’ video files (e.g., .mov, .avi, .mp4) or at higher resolutions, you’ll have to upgrade — which means forking out your hard-earned moola.

Is it worth the investment? Well, the people behind many famous films, including The Wolf of Wall Street, Pulp Fiction, and Hugo, thought so.

But when you start talking about paid video editing software, the list of options grows significantly. And frankly, I’m not sure Lightworks Pro would be at the top of my list.

If you take Lightworks Free for a test drive, be sure to check out the tutorials provided on the software’s website.

If you don’t feel like downloading a program — or simply want to explore other options — several free video editors exist online. Interested? Check out my review of 16 awesome web-based tools now.